Learn about the Team at City of Madison, Wisconsin, including our Mayor and Finance Director. 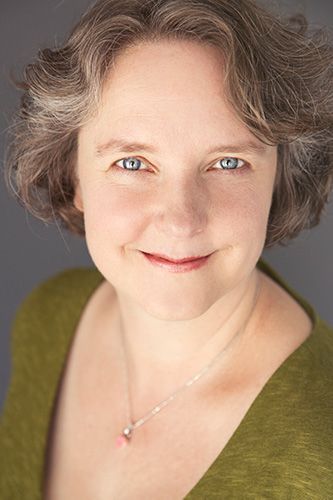 Satya Rhodes-Conway is the 58th Mayor of Madison. Her administration is focused on affordable housing, rapid transit, climate change and racial equity. She has extensive experience in local policy and practice, having worked with mayors across the country for over a decade, and having served three terms on the Madison Common Council. Elected in 2019, she is the city’s second female mayor and the first out LGBTQ person to serve as Mayor of Madison.

Mayor Rhodes-Conway is a co-chair of Climate Mayors, an appointed member of EPA's Local Government Advisory Committee, a founding member of Mayors for a Guaranteed Income and a member of Mayors Against Gun Violence. She serves on various committees and task forces for the US Conference of Mayors and the National League of Cities. Mayor Rhodes-Conway provided testimony  to the U.S. House Select Committee on the Climate Crisis on Building Climate Resilient Communities in June of 2021.

Mayor Rhodes-Conway was born in New Mexico and grew up in Ithaca, New York. She has degrees from Smith College and the University of California - Irvine. She moved to Madison in 2002 and has lived here ever since.

Before being elected Mayor, Rhodes-Conway was the Managing Director of the Mayors Innovation Project and a senior associate at the COWS (Center on Wisconsin Strategy) at the University of Wisconsin-Madison for 13 years. She worked with cities across the country to implement innovative policy and researched and wrote extensively about local policy that promotes sustainability, equity and democracy. Rhodes-Conway served on the Board of the UniverCity Alliance and is a member of AFT Local 223.

Before her time at UW, she analyzed state endangered species programs for Defenders of Wildlife, researched and wrote about progressive environmental policy at the State Environmental Resource Center, and taught undergraduate biology and ecology.

Mayor Rhodes-Conway and her partner, Amy Klusmeier, live on Madison’s east side with their dog Leo and cat Pippin.

David Schmiedicke is a career budget and finance professional with over 30 years of experience in Wisconsin state and local government and is currently the Finance Director for the City of Madison, Wisconsin. David was appointed by Governors of both parties to serve as State Budget Director and Deputy State Budget Director from 2001 to 2011. Prior to that, he was the administrator of the State of Wisconsin Building Program, served as Secretary of the State Building Commission, and was a team leader and analyst in the State Budget Office. He began his career as a budget and management analyst with the Wisconsin Department of Transportation.

Have questions? Reach out to us directly.